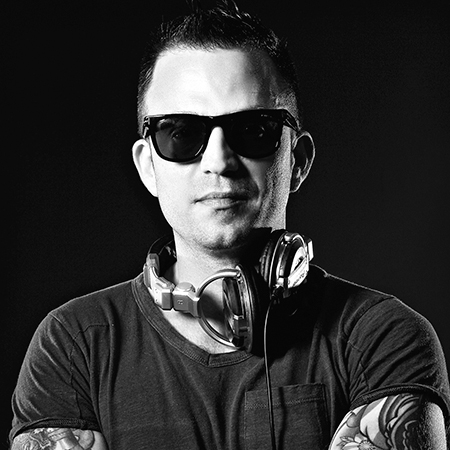 DJ and producer from Slovenia, has been an important part of the Slovenian electronic
culture and movement, which has been present in Slovenia for at least two decades. He came in touch
with music over 20 years ago when he started playing the guitar at the a ge of 15 and developed his musical skill for well over 7 years.
In 1999, he swapped his guitar for his first pair of gramophones and came very close to electronic
music. Thanks to his friend from his hometown of Portorož, who introduced him to the world of
parties and the clubbing atmosphere, he also got familiar with the technology of those days, which
completely overcame him. His desire became his reality and basically his lifestyle.
His hard work and an incredible sense for music selection were crucial for his first international
performances in Northern Italy and later Germany, Austria, Serbia, Macedonia …
In 2003, he became a co-owner of the ‘EE – Eleganza Electronica’ brand, which plays a role of a
booking agency within the South Europe region for some amazing talent (Luca Ricci, George Morel,
Stereonova, D-Fuse, Joe Montana …)
15 years later, Wee.Bee is still an amazing DJ with a broad music spectrum and as he said himself,
“the music I feel is a reflection of my internal emotions which I have to share with fans and people
who love quality electronic music”.
His sets are defined by sophisticated rhythms of deep/tribal house and by everything from his latest production.

“In the last few years, the world of electronic music has been expanding beyond anything that anyone even dared to predict years ago and I’m glad to be a part of this history,” adds Wee.Bee.